Interviewed on Kens 5 In Honor of Black History Month 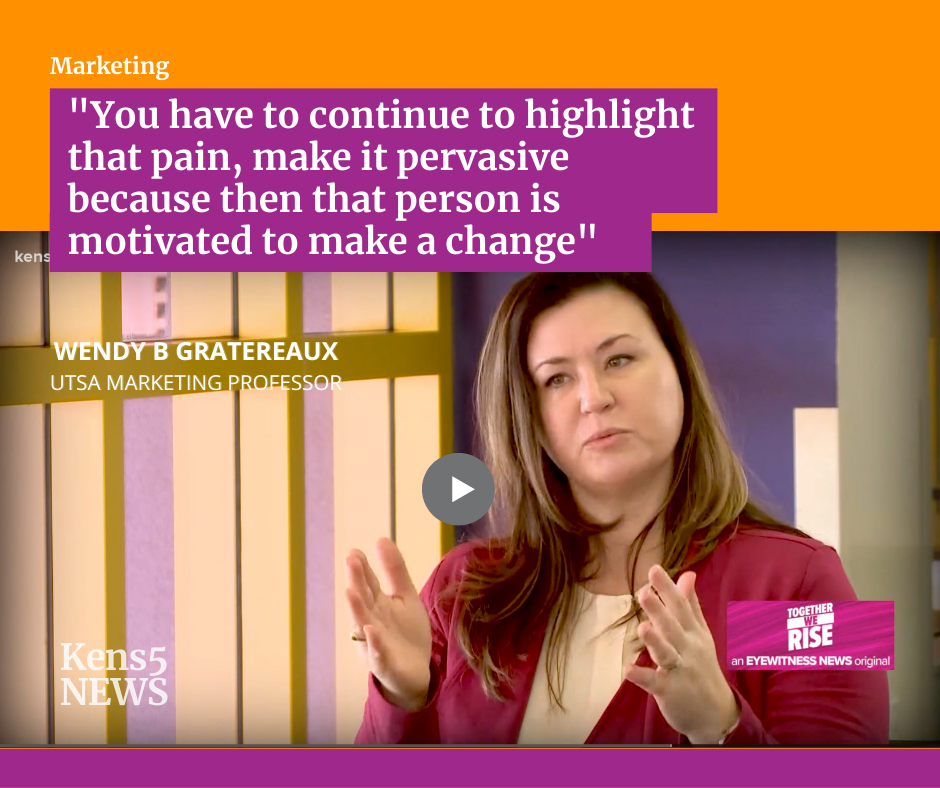 I interviewed for my expertise for a special on Kens5, “Together We Rise” by Marvin Hurst. It was part of many stories highlighting amazing people of color for Black History Month.

It was an honor to be a part of this beautiful piece about the Spurs’ first-team photographer, Reginald Thomas. I offered my marketing expertise in branding, imagery, and media to support the importance of ‘positive diversity’ in the media.

Thomas took a break from sports photography to document the 2015 death of Freddie Gray in Baltimore. He explains his journey in a special conversation about race and cultural challenges in the San Antonio community.

“A large component of our learning is through imagery and visuals,” Gratereaux said. “That’s color, symbolism, style, everything. These things matter a lot to people because that’s the way we express ourselves is, first, visually. And then people care what you have to say or do in most cases.”

A shared responsibility, through imagery

“All those things that we consume are what we internalize, and process as this is the reality,” said Wendy Boaglio Gratereaux, a marketing professor at the University of Texas at San Antonio. “And that’s how we shape and define our reality.”

Gratereaux says there’s a newfound effort to fairly represent all races and ethnicities in media, but that wasn’t always the case.

“Unfortunately, in some cases, some races aren’t even really portrayed, right?” Gratereaux said.

According to Gratereaux, staffing issues and time constraints can lead to media coverage that perpetuates stereotypes. But news media isn’t the only type of media, and it alone, she says, isn’t to blame.

The professor said movies, television, marketing, sales, and social media all share a responsibility to portray all races accurately.

“Scientifically speaking, everything imprints our personalities and the way that we view the world and other people,” she said. “So if I have no representation of somebody that looks like me and has the same feelings and thoughts that I do, you feel very isolated and alone.”

Then, Gratereaux said, there’s the question of whether the media influences us or if it’s the other way around. According to her, it’s both.

Images of people and issues get strategically used to tap emotional pressure points. “You have to make the pain greater than apathy,” she said. “So you have to continue to highlight that pain, make it pervasive because then that person is motivated to change.”

Imagery in the media is used for good, bad, and everything in between.